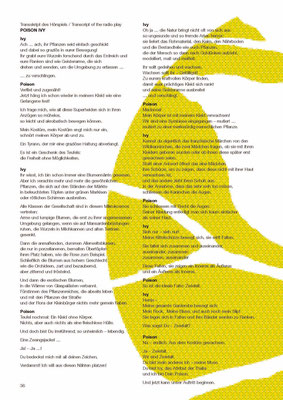 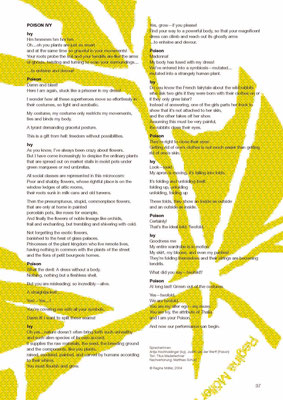 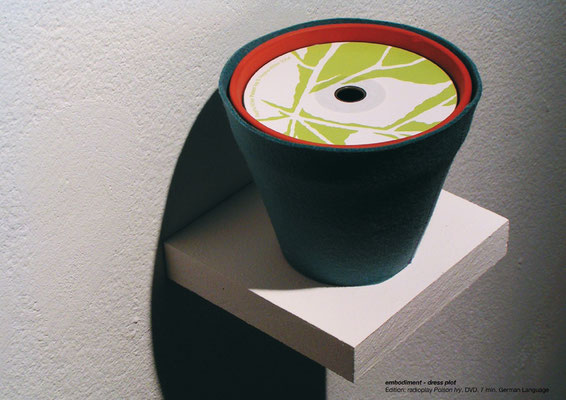 Regina (Maria) Möller situates her works at the interface between, art, design and comics. For the embodiment label she launched in 1993, she designs clothing, wallpaper, furniture, and interiors, imbuing their materials with new, unusual meanings. She reflects in particular on the identity -forming connotations of the products and examines their sociocultural parameters beyond current fashions and passing fads.

For her exhibition embodiment - dress plot at the Secession, Regina (Maria) Möller has created a new collection which she presents via the mixed media of stage design, radio play, and costumes, arranged to fit the sequence of rooms in the Galerie, thus developing a complex narrative.

The term dress plot dates from the silent era in movies and refers to the document in which all of the actors' costume changes where recorded in detail as a device to safeguard character consistency and plot continuity. Regina (Maria) Möller takes this idea but focuses n the costume changes themselves and the associated processes of identification.

Thematically, the starting point is the comic figure Poison Ivy. Originally conceived as a peripheral figure in Batman comics, she is now a super hero with a comic all of her own. She is characterized by her dual identity as a protector of plants and the environment on the one hand, and as a destructive criminal on the other. Thanks to her hyperactive immune system, her body does not react to the deadly poison of the plants that she lovingly tends in her green paradise, whose killer vines and toxic pollens she uses as biological weapons against her enemies. Regina (Maria) Möller picks on the mercurial nature of Poison Ivy and the associated double image of the female as housewife and femme fatale, developing two fictitious characters who actually stand for a single person. They are defined by their surroundings, their voices, and their clothing.

The costumes come alive through the details and are designed to be wearable. The identity-forming function of costumes in comics is based on imagining them as a second skin. The struggle with a costume enacted in the radio play focuses on this type of "personification of the outer shell" – or embodiment – in a dramatic and amusing event of self-discovery.


Regina (Maria) Möller counteracts models of ideal femininity by grounding them in relation to herself as a person. Möller juxtaposes the standardization and normalization of the body – allegorically embodied by the dressmaker's dummies – on which the costumes are displayed – with her own body. As with every one of her label's garments, these prototypes too are fitted to her own measurements. In addition, a comic-style portrait of the artist appears printed on the model designs and as a larger-than-life mural.

The installation quotes the fashion world's means of presentation, such as shop windows or catwalks, as well as the language of museums displays and the stage. Oscillating between these frames of references, Regina (Maria) Möller rips open the seams between art and fashion, comics and theatre, clothing and costume, and sews them back together in new ways. She presents a mise en scene that plays off the individual and the typical. , and the fictional and the real, against each other in a variety of ways.

The beginning and end of the narrative are to be found on the first floor. The elaborately designed felt curtain announces the arrival of Poison Ivy, while the banner running around teh room names the production team like the closing credits in a film.

Production of embodiment garments with the cooperation of Vera Wieczorek

Special thanks to Constanze Ruhm

The exhibition was supported by